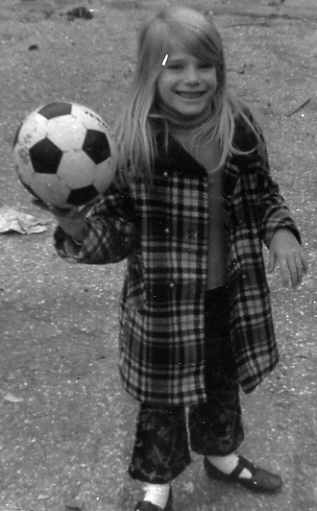 Rachel Barchus was the most delightful child who ever lived, and certainly the most likeable person who ever came to Lille Skole. She was one of the first enrolled, and one of the last to leave. Her mother, Brandi, was probably the only parent who was as committed to changing herself as a parent as much as she was committed to changing Rachel as a child. Brandi tried to defend me from the other parents.

Rachel inspired trust in everyone, even the other children. She soon became the actual leader of the school without benefit of being larger, stronger, richer, or more assertive. I have to confress that I had begun to idealize children even before I met Rachel. It was common in those days for counterculturalists to believe that childlike nature was superior to older, more jaded, adults. Consequently, we mistakenly put a burden of unfair leadership on them.

For many of us, children had become an ideal. Rachel was the ideal of that ideal. We all owe Rachel an apology for the burden we placed on her. Even though we didn't interpret it correctly, she enriched our lives.

My own daydreams of interactions with children met cruel reality early in the school. I found myself more and more saddled with janitorial and administrative duties. I watched enviously as Diana and various volunteers worked and played with the children. I was cleaning up, installing and repairing, fighting off the parents, or trying to raise money for school supplies constantly. Below is part of the brochure that Diana solicited from some of her artistic friends. It was a bright yellow on cardboard stock. The art and short statement meant virtually nothing, but at least it had our address 1116 Jackson Boulevard, and phone, 521-9456.